Who is Lane Pittman? 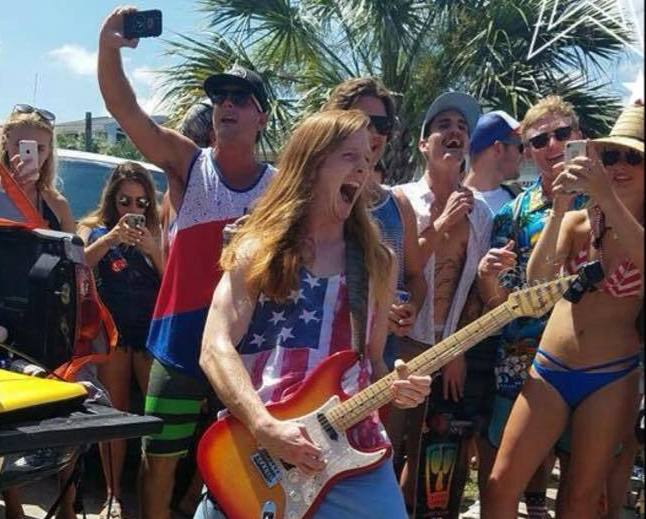 August 12th, 1992, Lane Michael Poland was born in Jacksonville, FL. Red hair, pastie skin (ready to be abused by the Sunshine State), and sky blue eyes, the definition of “ginger” was ready to embark on his life journey.

Being raised, for the first couple of years of my life, by a single mom never really felt weird to me until I realized I didn’t have a dad. Flash-forward a few years, a new house, last name, and siblings, are in the mix. Finding my step-dad, Johnny Pittman, was probably the best power move my mom ever made for me.

Besides the fact that I had gained a father figure who not only loved, sacrificed, and devoted himself to me and my brothers, I had a source of rock n’ roll inspiration. My dad (he adopted me) was/is the epitome of 80’s hair metal. His look was on point when he first came in the picture. Just imagine a sweet mullet, holey-bleached jeans, and a high pitched singing voice that drove a red sports car with the windows down. That’s my dad. He trained these young ears to dial in what was good music and what wasn’t. Kids my age were listening to Blink182, Sum41, and Good Charlotte. I was introduced to Dokken, Skynyrd, Ratt, Van Halen, and just about any and every other major rock group that graced the face of this Earth. I am so thankful.

Having these influences always gave me a little bit more of a fiery spirit, I just didn’t know it. Music speaks volumes to us whether it’s in your face or subliminally. I feel like I am a fairly nice dude but, a newly adolescent Lane Pittman had a “push the envelope” mentality. Thankfully, I woke up one Christmas morning with a guitar under the tree (that I hadn’t even asked for) and I could channel my thoughts and creativity.

I’ve been playing music for 15 years and I’ve been in a few bands. I am finally in a group, KSICK, with my brother, that is writing stuff I’ve always wanted to play. Music has led me to some crazy places. In 2015 I was arrested for playing the Star Spangled Banner on the 4th of July. It went viral and I won my case. In 2016 I went viral again for being ”The Hurricane Headbanger” when I went out in Hurricane Matthew and blasted Slayer’s Raining Blood with an American Flag. This caught the attention of Dave Freaking Grohl and the Foo Fighters. They flew my brother and I out to LA last year for their CalJam Fest! I was supposed to play the anthem before their set but got cut due to time constraints. I got to jam with THE Joe Perry from Aerosmith backstage though so I’ll chalk that up as a W.

I currently live in Jacksonville Beach, FL and I work at a reputable hospital here doing desk work. I need an outlet for my creativity because my current job isn’t cutting it. I love music, Jesus, and awesome food. I can’t wait to share my thoughts with ya’ll! Let’s party.

« Dear Prudence: The Story Behind The Song » Rock Isn’t Dead Yet