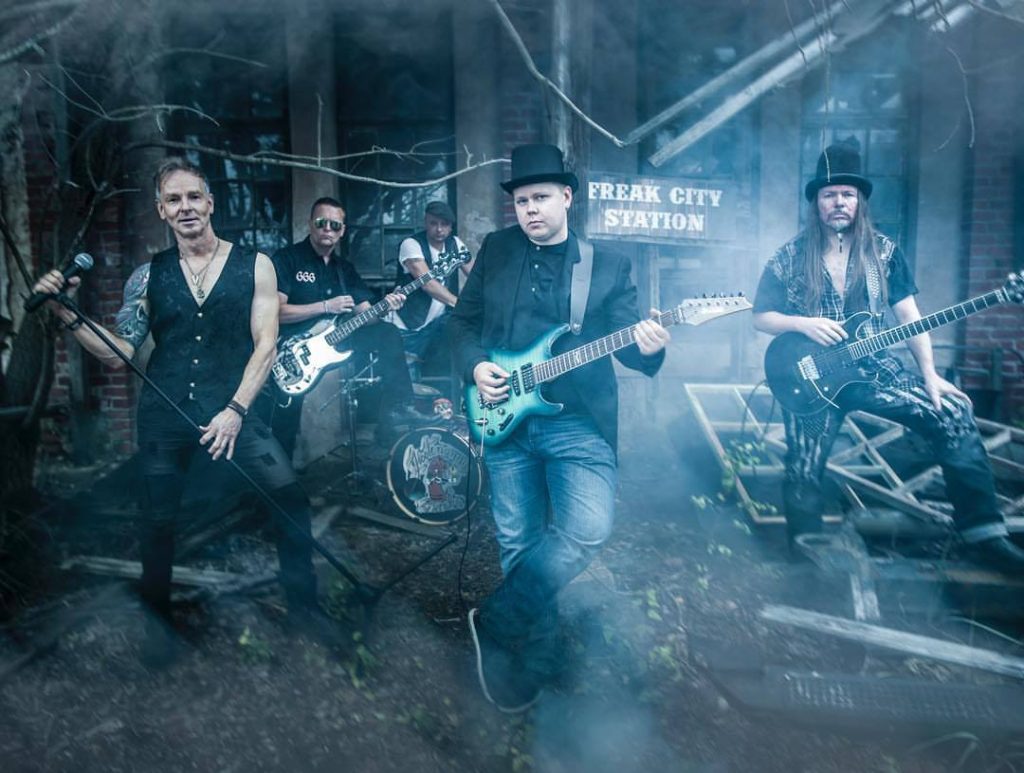 Hootenanny Freaks is a hard drivin’ rock and roll band from Espoo, Finland. Since 1997 the band has played rock with a strong attitude and heartbeat. Hootenanny Freaks is having their 20th anniversary this year. The band’s music has always been strongly influenced by both, domestic and foreign, old school rock bands. The first EP, Hootenanny Freaks, containing five songs, was released in 2013. The band got two new members in 2015 and their current lineup is Marko Kuurne – Drums, Montte Leino – Bass, Esko Kemell – Guitar, Markus Kyönsaari – Guitar and Pepe Tamminen – Vocals. The second EP, Rebel Soul, was released in December 2016 with four songs. Both EPs are available on Spotify and YouTube. With the upcoming new songs and the video Full Steam Ahead (Out now on YouTube), Hootenanny Freaks will surely reach new audience and rock and roll lovers all over the world. Both new songs, Full Steam Ahead and Storm is Rising, are available on Spotify (out October 19th) and on the band’s 20th Anniversary Edition vinyl (out December 17th). We hope you like our new songs and the self-made video, which takes you to the era of steam trains. FULL STEAM AHEAD!

Here something new… ”Breakaway” from Finnish Hard Rockers Hootenanny Freaks is a guaranteed power ballad trip to the golden age of metal music. Check it out and enjoy!