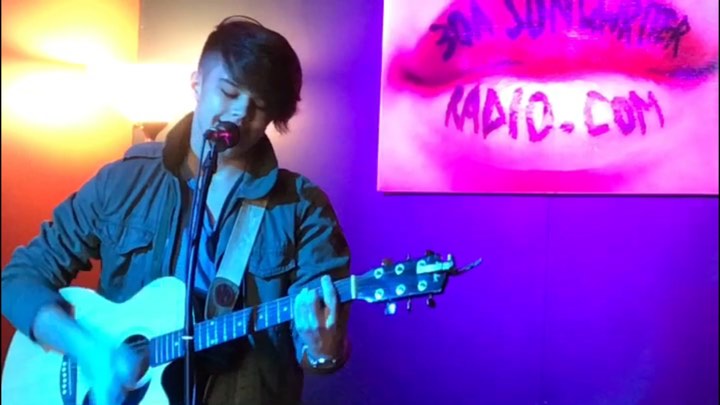 30A Songwriter Radio recently had the pleasure of interviewing James Pippin, an up and coming talent. At just 16 years old James houses a humble gratitude earned by an understanding of hard work and discipline. A wisdom often equated with many more years lived emanates from this young man lyrically, instrumentally, and through his unguarded smile.

James was playing music on the streets around Orlando to earn the money he needed. James sang and strummed his heart out with the hopes of a stranger tossing some thanks into his open guitar case. With the desire that every artist holds dear, this young man dreamed of being discovered. And as wishes can come true, Greg Franko of Vineland Records had been keeping an eye on this young talent.

While counting the coins and dollars of the day James opened a note that simply asked if he was ready to take his music to the next level and a relationship that would change the direction of this young man’s life was born.

After we were contacted by Greg Franko, Pippin’s manager, about a possible interview / performance and then listening to some of James’ songs we knew we wanted to hear more and an interview at 30A Songwriter Radio was put on the calendar for a quick stop along Pippin’s first tour of the Emerald Coast.

During the interview / performance James Pippen proved himself to be a professional. Performing all original songs that he had written and composed he rightfully stakes his place among the more seasoned performers. With a great sound, young rocker looks, and a sweet smile that holds just enough mischief to match the light in his eyes this artist is well on his way to capturing the hearts of teenage girls coast to coast. It will be exciting to witness the journey as James Pippin grows in his music career.

To learn more and to purchase Pippin’s EP “Front Street” go to: officialjamespippin.com

Pass The Good Festival Returns Max McCann
Back to top